The mother of one of the Hamas terrorists who kidnapped and murdered three Israeli teenagers says is “proud of him until Judgment Day,” according to YouTube posted by Palestinian Media Watch and which it said was shown on Israeli television.

“My boys are all righteous, pious and pure. The goal of my children is the triumph of Islam,” she added.

The Palestinian Authority never has been interested in “compromise” with Israel, not on Judea, Gaza and Samaria and not on Jerusalem.

It has ostensibly bargained on  borders for 20 years but never has agreed to anything because, as the terrorist’s mother said and as official Palestinian Authority maps show, there are not borders for Israel.

Iran’s Mahmud Ahmadinejad has said he wants to “wipe Israel” off the map.” The Palestinian Authority’s strategy is to do so by stating that Israel exists – for now, but never as a “Jewish state.”

Ultimately, as its official documents show, there will be no State of Israel.

When international “experts,” otherwise known as the European Union, the United Nations and the U.S. State Dept., say that Israel is an “obstacle to peace,” they encourage the camouflaged Islamic problem with Israel which they view as an obstacle to a global Islamic empire. 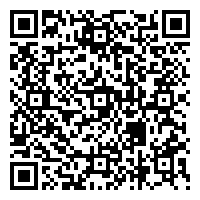