Well here’s a possible motive: a strongly pro-Israel, anti-Islamic, politically conservative Evangelical Christian was one of the victims of the mass murder in San Bernardino. Not only that, but the man posted on social media the day before the attack that he had recently received threats, including a death threat.

How do we know this?

Information about the victims is finally being released.

By 3:30 p.m. local time on Thursday, Dec. 3, the families of all fourteen of the deceased victims of Wednesday’s mass shooting in San Bernardino, California had been notified. Once that was completed, the San Bernardino County Coroner then released the names, ages, last residence and date of birth for each victim.

The youngest victim was 26 years old, the oldest was 60.

Once information began to seep out, one was (or at least some of of us were) immediately struck by details about one of the victims, 52 year old Nicholas Thalasinos.

Thalasinos is a member of a messianic church and is strongly pro-Israel. His Facebook page is filled with positive postings about Israel and Jewish holidays and messages of Shabbat Shalom. He was also a strong political conservative.

Co-workers described Thalasinos as strongly outspoken about his political views, but “wonderful and compassionate.”

But here’s the kicker: The USA Today report, which buried this detail 31 paragraphs down in a 54 paragraph story about some of the victims, on Tuesday, the day before the massacre, Thalasinos posted on social media that he had received threats in recent days, including one stating he “will die.”

An Associated Press report revealed that a co-worker said that Thalasinos and Farook had argued recently about religion, and Thalasinos complained to her that Farook “doesn’t agree that Islam is not a peaceful religion.”

Thalasinos and his wife are members of the Shiloh Messianic Congregation church in Crestline, California.

“This shooting has caused each victims family, friends and co-workers, along with the first responders, to suffer an enormous personal tragedy. We must stand strong and offer support to each individual affected by this senseless attack,” stated San Bernardino Sheriff John McMahon.

Investigation into the attack now reveals that the two who shot to death those 14 people and wounded another 21, Syed Rizwan Farook, 28, and his wife, Tashfeen Malik, 27, had been in contact with suspected terrorists both in the United States and abroad. Thousands of rounds of ammunition and fifteen pipe bombs were recovered by the investigating authorities.

By Thursday afternoon the investigation was turned over to the FBI and was being treated as a counterterrorism investigation. 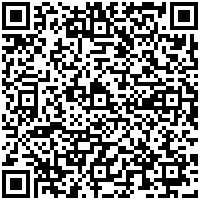