What recourse do ordinary American Jews have when a Jewish leader fails? What can be done when the leader of a Jewish organization proves to be ineffective? Do grassroots Jews have any means by which they can respond to such a challenge?

These are among the important questions that apply to any consideration of the life and work of Rabbi Dr. Stephen S. Wise, the foremost American Jewish leader of the 1930s and 1940s. And they apply to the contemporary American Jewish community as well.

The stark facts of the historical record make clear that Wise’s strategy for responding to Nazism and the Holocaust was a failure. He urged the Jewish community to put its faith in President Franklin D. Roosevelt – yet the Roosevelt administration shut America’s doors to refugees even when the immigration quotas were unfilled, rejected requests to bomb Auschwitz even when U.S. bombers were flying just a few miles away, and refused to press Britain to open Palestine even when the British might have heeded such demands.

Interestingly, many of Wise’s closest friends and associates later acknowledged that he had failed.

In unpublished interviews conducted in the 1970s for the Oral History Division of Hebrew University’s Institute of Contemporary Jewry, Wise’s colleagues were surprisingly blunt in their assessment of him.

Nahum Goldmann, who was Wise’s co-chairman of the World Jewish Congress, recalled: “Wise exaggerated his appreciation of Roosevelt. The accusations against Roosevelt are partly justified. No question. And [Wise] was so attached to him and they were buddy-buddy.” Goldmann said “there is something [to the argument] that Rabbi Wise was too close to Roosevelt to be effective, he was too close to really be an opposition leader.”

Arthur Lourie, who was a senior deputy to Wise at the American Zionist Emergency Council, was only slightly less harsh in his recollection: “Wise…was always very careful not to find himself in conflict, in direct confrontation with Roosevelt, which [Abba Hillel] Silver was quite prepared to do, when he felt it necessary…. Silver was always skeptical of Roosevelt’s bona fides, really, as far as Zionism was concerned. And I think to a large extent [Silver] was proved right by history.”

American Christian Zionist leader Carl Hermann Voss was a close friend and colleague of Wise. “I would feel very embarrassed by this because I loved the man so much and he was hoodwinked by Roosevelt,” Voss said of Wise in a postwar interview. “Because over and over again, from 1933 on, Roosevelt had promised to do something, promised to say something, and never once would he move, either utter a word, or take an action. Secondly, I think he was taken in by him in the early 1940s. Again, Roosevelt did not speak out and did not instruct [officials of his administration] to do anything…. [Wise] got to know Roosevelt very well and was thoroughly charmed by him at that time…there was an adoration [by Wise of FDR] of the man, a trust in him which I think was not justified.”

Rabbi Dr. Israel Goldstein, who served as president of the Zionist Organization of America and the Synagogue Council of America, noted in one interview that while he felt “a personal love and admiration for [Wise],” in retrospect he recognized the flaws in Wise’s political strategy.

“I always felt about Wise that he was a man of generous nature who could be easily taken in,” Goldstein recalled. “And I believe that he was taken in, to a large extent, by President Roosevelt…who was tremendously, terribly clever and who could play on the human emotions and all of the attributes of the human personality and when Roosevelt would put his arm around Wise’s shoulder and say ‘You’re wonderful. You don’t have to worry. Everything is fine.’ Well, Wise, I think, had in him enough of that beautiful quality of trusting to be at times deluded and deceived.”

‘The Blood of Our Brethren Cries Out to Us’

The criticism of Wise was not all made in hindsight. There were a number of activists in the American Jewish community in the 1940s who raised questions about the effectiveness of Wise’s strategy at the time. When I interviewed former students at Wise’s rabbinical seminary, the Jewish Institute of Religion, they told me that on occasion, several students challenged Wise for not organizing a more forceful response to the Holocaust. One of them recalled proposing that American Jews wear Stars of David on their sleeves as a demonstration of solidarity with European Jewry. Wise rejected such suggestions out of hand.

A delegation of students from other New York City rabbinical seminaries visited Wise in December 1942 and offered to organized a nationwide college campus movement to mobilize students to speak out against the mass murder of Europe’s Jews. Wise declined the offer, evidently not wanting to encourage an initiative he would be unable to control.

Peter Bergson, leader of the activist Emergency Committee to Save the Jewish People of Europe, was contacted in 1943 by Wise’s deputy, Herman Shulman, and American Jewish Committee president Joseph Proskauer. They pleaded with Bergson to cancel a planned advertisement in The New York Times that they felt was so harsh in its criticism of the Christian world’s abandonment of European Jewry that it might “bring on pogroms” in the United States. (Wise himself denounced Bergson’s newspaper ads as “glaring and garish.”)

Bergson agreed to withhold the ad in exchange for assurances by Shulman and Proskauer that the mainstream Jewish organizations would take a more serious interest in the issue of rescuing Jewish refugees. Nine months later, disappointed that rescue was still not the top priority of the established organizations, Bergson went ahead and placed the ad in the Times. No pogroms ensued.

Keren HaYesod emissary Leib Jaffe and Mizrachi religious Zionist leader Rabbi Meir Berlin (Bar-Ilan), who were visiting from Palestine, challenged Wise during a July 1943 meeting of the Joint Emergency Committee for European Jewish Affairs, an umbrella group made up of the major established Jewish organizations. Jaffe called on Wise to organize mass rallies and lobbying in Washington. “We cannot be silent,” he pleaded. “Jewish history will never forgive it. The blood of our brethren cries out to us.”

In Jaffe’s private correspondence, located at the Central Zionist Archives in Jerusalem, there is a letter in which he reports that Wise “reacted emotionally to the extent of being frightened.” According to Jaffe, Wise “viewed the speeches [by Jaffe and Rabbi Berlin] as a rebuke directed toward him.” Several of other delegates at the Joint Emergency Committee meetings, especially the representatives of the Jewish Labor Committee, were likewise critical of Wise. In a private note to Nahum Goldmann, Wise expressed his distress that “wild people” on the Committee were “calling President Roosevelt and the State Department names.”

No Democracy, Then or Now

In addition to the flaws in Wise’s political strategy, there was the question of his physical stamina. At the peak of the Holocaust, he turned 70 (at a time when the average life expectancy of an American male was 63.6) and he suffered from numerous serious medical problems. To put it bluntly, he was in no shape for the job. Yet there was no democratic mechanism for bringing younger, more energetic men and women into leadership roles.

Seventy years after Stephen Wise’s era, has anything changed? There are Jewish organizations in the United States today that have had the same president for more than two decades, or that are required by their own by-laws to elect new leaders at specified intervals but simply ignore those requirements.

There are Jewish leaders who stage “elections” with only one candidate, or who change their organization’s by-laws when they see fit, in order to perpetuate their own power.

It’s sad and ironic that American Jews champion democratic values in American life, yet seldom practice those values in their own organizations. The tragic results speak for themselves. 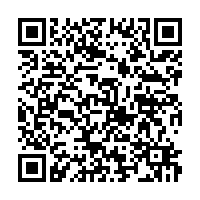