The Mossad is breaking into Muslim homes and driving them crazy by taking possessions, such as a single shoe, according to the British Muslim who founded the Muslim Public Affairs Committee UK.

Are Zionists trying to intimidate me: Someone came into my home yesterday, while I was asleep. I don’t know how they got in, but they didn’t break in – the only thing they took was one shoe……. they] left one shoe behind, to let me know someone had been there.


He asked followers to “share this widely, and The JewishPress.com is happy to oblige, although Twitter has closed one of his accounts that posted the insanity.

Let’s not judge him harshly. Perhaps the Mossad really took the shoe to frame him. The Mossad probably firebombed a synagogue, put the shoe in the mud nearby and intended to put the shoe back in Bukhari’s house before calling the cops to catch him with the evidence.

And why one shoe? That is exactly the brilliance of the Mossad plot against Bukhari, who also will be charged with trying to fool police by hopping on foot to throw the police off guard.

It is all so obvious that the Mossad should be ashamed of such an amateurish scheme.

Before reading Bukhari’s rant, let’s look at a few other comments on Twitter after his shoe tweet went viral:

Zionists and Uncle Toms going bonkers. I’ve waited so long for this. Heaven. Now can I have my shoe back??

Zionists are bullies they operate to intimidate muslims. Don’t get bullied. Don’t let them operate in the shadows

Funny thing is the zionists now trying to desperately hide their game of intimidation on my Twitter feed. Bit late the horse has bolted

And now for his piece de resistance: 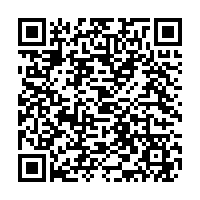