“A large number of [rebels] were preparing to capture villages inhabited by Lebanese,” Nasrallah argued, saying it was “normal to offer every possible and necessary aid to help the Syrian army, the [pro-government militia] popular committees and the Lebanese.”


According to the Los Angeles Times, Nasrallah acknowledged that Hezbollah fighters have been killed in Syria, but dismissed reports that as many as 500 had died. “Lebanon is a small country; who could hide these numbers of martyrs?” Nasrallah asked.

Nasrallah, who is an Iranian agent—both Iran’s leadership and the Hezbollah are Siite—is also a close ally of Assad, whose regime is comprised of the minority idol worshiping sect Alawis or Alawites. Both sects, Shiites and Alawites, are sworn, historic enemies of the Sunnis, the majority Muslim sect.

Sunnis believe that Abu Bakr, the father of Muhammad’s wife Aisha, was Muhammad’s rightful successor and that the method of choosing or electing leaders (Shura) endorsed by the Quran is the consensus of the Ummah (the Muslim community).

Shiites believe that Muhammad divinely ordained his cousin and son-in-law Ali (the father of his grandsons Hasan ibn Ali and Hussein ibn Ali) in accordance with the command of God to be the next caliph making Ali and his direct descendants Muhammad’s successors. Ali was married to Fatimah, Muhammad’s daughter.

Sounds like a very good reason to kill a lot of folks.

The Syrian rebels that have been accusing Hezbollah of fighting alongside Assad’s troops for many months now, are denying that rebel fighters target Shiites because of their sect. But no one believes them. In fact, the prevailing view is that the carnage we have seen in Syria over the past two years is mild compared to the slaughter of Shiites and Alawites that will take place as soon as the rebels win the civil war (probably with American support).

Nasrallah insisted that the fighting in the central Qusayr region close to the Lebanese border was “not over.” He also warned that the threatened destruction of Sayyed Zainab, a major Shiite shrine south of Damascus, could have “serious repercussions.” 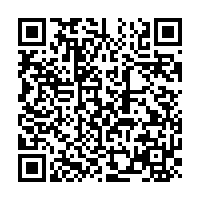