Seif was nominated in her capacity as one of the main founders of an Egyptian grassroots organization, “No to Military Trials for Civilians,” which started a national movement bringing together lawyers, activists, the families of victims and other interested parties all of whom oppose what they insist are the inappropriate restrictions of Egyptian military trials for civilians who should not be encumbered with such restrictions.


Seif, along with others who sought to resist the freedom restrictions imposed by Egyptian president Mubarak, used social media to broadcast the oppressive moves of the Egyptian government, and helped mobilize protesters and supporters to join her in Tahrir Square during the Egyptian Revolution in January 2010 – February 2011.  In the post-Mubarak Egyptian world Seif has continued monitoring and broadcasting actions of the post-Revolutionary Egyptian government.

But the 27 year old biology graduate student has a darker side.  Although fully able and energized to advocate for Egyptian rights and freedoms, at the same time Seif gleefully tweets about blowing up gas pipelines to Israel.

This dualism is one that we have seen repeated with young Egyptian human and civil rights advocates.  Several times over the past year the West has at first applauded, and sought to laud, young Egyptian women activists whose pursuits came to the attention of the West because of their social media skills.  But each time, a darker side has been revealed, one that, once exposed, brought disgrace not only to the activist.  It also reflected poorly on those whose due diligence failures revealed an over-eagerness to reward non-Western activists.  The problem is that the activism of these particular individuals was animated solely by a desire to benefit those similarly situated, but who were just as willing as their own oppressors to vilify and deny rights to others.

A good example of this propensity was when First Lady Michelle Obama and Secretary of State John Kerry almost gave the “Secretary of State Woman of Courage Award” to an Egyptian woman, Samira Ibrahim, in early March.  Ibrahim, like Seif, was a Twitter activist in support of Egyptian rights, but Ibrahim also supported terrorism and the murder of Americans and Israelis.

However, just hours before Obama and Kerry were to present Ibrahim with the Award, the decision was cancelled (postponed they said at the time) after a relentless chorus of horror rose up to stop them.  It was social media that almost swept in Ibrahim as an honored activist by American leadership.  However, a wave of disgust towards Ibrahim who had tweeted praise for the murders of Americans in Benghazi on September 11, 2012, extolled the terrorist bombing that killed 5 Israelis and a Bulgarian last summer, and praised Hitler, swept her back out just before the awards ceremony.

Turning back to Seif, a look at her social media accounts before selecting her as a potential recipient of such an important human rights award should have been standard procedure.  After all, she was well known and was brought to the attention of the human rights organizations precisely because of her extensive and sophisticated social media activity.  Perhaps after this fiasco social media searches will become de rigueur for all sophisticated due diligence efforts.

Because Seif’s Twitter account reveals a propensity to express the most vulgar kind of hatred towards Israel, both in terms of how she expresses herself: #F[expletive deleted]Israel is a popular choice, as well as the substance of her messages, which advocate terrorism against the Jewish State and which harshly criticize Human Rights organizations which dare to suggest the terrorist group Hamas should refrain from killing Israeli civilians.

In addition, Seif is sloppy with her facts and fails to remove slanderous falsehoods even after they’ve been definitively exposed.  An example of this is when she sent a picture on Twitter of a man mourning the murder of his small child, which she blamed on Israel. 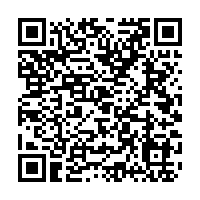