Following a six-hour debate, the nine-member committee to appoint religious court judges on Monday agreed on only one judge out of the seven who must yet be appointed, by order of the State Supreme Court. Over the objection of Sephardi Chief Rabbi Yitzhak Yosef, Rabbi Eliezer Igra, a national religious scholar, was elected by a vote of seven in favor and two Haredi members abstaining, to be a Supreme Rabbinical Court Judge, and serve on the very committee that had just elected him.

But the singular appointment of Rabbi Igra will not fulfill the ultimatum issued by Israel’s State Supreme Court, which back in January ordered all the missing positions on the Supreme Rabbinical Court to be filled by Thursday this week, or else all the temporary appointments on the court would be revoked and the court would cease to operate.


Nevertheless, Justice Minister Ayelet Shaked (Habayit Hayehudi) called the vote “a tremendous achievement for Habayit Hayehudi,” adding, “I’m very pleased.” She said that the non-Haredi bloc on the committee, which holds a majority of five members, have been suggesting several candidates for the Supreme Rabbinical Court, and they had all been rejected by Interior Minister Aryeh Deri (Shas).

Rabbi Igra studied for ten years at the hesder yeshiva Kerem B’Yavneh, served in the IDF Armored Corps and fought in the Yom Kippur War. He was the Talmud study partner of Yoni Netanyahu, the prime minister’s late brother.

The committee ran into several stalemates on Monday, leaving the Supreme Rabbinical Court short-handed, after several of its members have retired. The Haredi committee members were able to torpedo the proposed appointments of Rabbis David Bass and Uriel Lavi to the supreme religious court, and the National Religious members, for their part, were able to block new appointments the Haredim desired to several local rabbinic courts.

The only reason Rabbi Igra received his appointment had to do with the bad blood between the Sephardi and Ashkenazi chief rabbis, according to the website Haredim 10. Ashkenazi Chief Rabbi David Lau joined the National Religious to usher in Rabbi Igra as revenge against Sephardi Chief Rabbi Yitzhak Yosef for appointing Shas member Moshe Dagan as the Chief Rabbinate CEO over Rabbi Lau’s fierce objection. 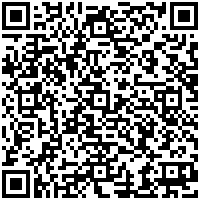