Speaking on the Charlie Rose show, National Security Adviser Rice said Prime Minister Netanyahu’s scheduled March 3 speech before a joint session of Congress is “destructive of the fabric of the relationship,” between the United States and Israel.

“What has happened over the last several weeks, by virtue of the invitation that was issued by the speaker and the acceptance of it by Prime Minister Netanyahu on two weeks in advance of his election, is that on both sides, there has now been injected a degree of partisanship,” Rice said Tuesday night.

“It is not only unfortunate but it is also destructive of the fabric of the relationship. It has always been bipartisan and we want to keep it that way. When it becomes injected with politics, that’s a problem,” Rice said.

The Obama Administration has been taken aback by news stories detailing its anticipated deal with Iran over the latter’s nuclear program, which has been seen by many as a carte blanche to reignite its nuclear weapons project in ten years.

Secretary of State John Kerry said in response to the news that “anybody running around right now jumping in to say, ‘Well we don’t like the deal,’ or this, or that, doesn’t know what the deal is.”

Kerry was also responding to Netanyahu’s assertion Tuesday that “this agreement, if signed, will allow Iran to become a nuclear threshold state – meaning that, with the powers’ consent, Iran will get a license to develop atom bombs – and this is a country which openly declares its intention to destroy the state of Israel. That is why I will go to Washington to speak before the US Congress, because the US Congress may be the last defense before it is signed.”

What the administration dreads most is a unified Congress that would preempt its deal with Iran, regardless of what it actually says. After all, it’s a Republican led Congress, which has attempted to kill Obamacare 37 different times — they don’t need to see what’s in it to hate it. 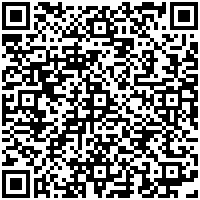