German authorities have bowed to international pressure and are publishing a partial list of artworks found in a Munich apartment. The spectacular art find – including works by Chagall, Picasso, Matisse and Beckmann – was publicized by the Munich-based Focus magazine earlier this month.

Officials are assembling a “task force” of experts to speed up provenance research. Heading the team will be German attorney Ingeborg Berggreen-Merkel, former Assistant Secretary to the Federal Commissioner for Culture and Media.

Customs investigators last year seized the paintings, sketches and sculptures, dating from the 16th century to the modern period but stayed silent until now because they had chanced upon the art during a tax evasion probe, which compels secrecy.

The secrecy and the failure so far to publish a complete list of the works has attracted criticism from those who argue that publicizing such finds is crucial to establishing their ownership and returning them to their rightful owners.

Out of a total of more than 1,400 works, an initial list of 25 with photos went online Monday and the website was promptly overwhelmed with hits. The list may help those who are trying to reunite long-lost art with their rightful heirs. 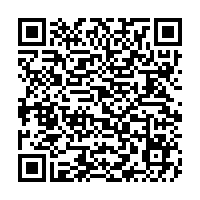