Speaking to an audience of Jewish community leaders in Moscow on Thursday, Netanyahu stated that he guarantees that Iran will not have nuclear weapons, according to a report in Makor Rishon.

Israel has been has been threatening, almost explicitly, that any agreement signed with Iran will not restrict Israel from acting unilaterally to prevent Iran from achieving nuclear breakout capability.


Netanyahu’s remarks came in the footsteps of Washington’s overwhelming silence in response to the latest Antisemitic remarks emanating from Iran.

Netanyahu expects that an agreement will be signed in Geneva, if not this week, then the next.

During Netanyahu’s meeting with Russian President Putin, he could not get Putin to back off from supporting the Geneva deal. But Russian Foreign Minister Sergey Lavrov told Netanyahu that Russia will not allow Iran to have nuclear weapons.

A senior Israeli official told Makor Rishon that Barack Obama is interested in Iran not having nuclear weapons while he sits in the White House, but it doesn’t bother him if they are at the edge of the breakout point.

The official reiterated that Israel’s position is that Iran must remove all capabilities for making nuclear weapons, while the US government only wants Iran to not assemble the weapon itself.

In the meantime, Iran is demanding the right to continue to enrich uranium for “civilian purposes”, and wait until the world is distracted with some other problem, to put the bombs together.

Defense Minister Moshe Ya’alon has been warning, during an official visit to Canada, that Iran would use ‘dirty bombs’ in its terror war against Western targets.

White House officials are saying that Israeli demands that Iran stop all enrichment would lead to war, according to a JTA report. The report says that given the choice of no enrichment, the White House believes Iranians would choose to build a bomb.

Which is exactly what Iran is going to try to do either way.

Opposing the White House is Senator Mark Kirk (R), who said that that Netanyahu’s assessment is correct, and that increasing, not reducing, sanctions at this point is what will force Iran to physically halt their nuclear weapons program. 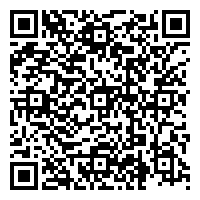