Prime Minister Benjamin Netanyahu and Yisrael Beytenu party chairman and MK Avigdor Liberman were scheduled to meet at 4 pm Wednesday to discuss a return to a Likud government.

Liberman denied reports that he met last week with the prime minister to discuss support for Yisrael Beytenu sponsored legislation.


Media reports also alleged Liberman was offered the defense portfolio – which might account for the tensions between Netanyahu and current Defense Minister Moshe Ya’alon – but Liberman said Netanyahu made no offers.

Liberman set three conditions for entering the coalition, which he shared with journalists at a news conference Wednesday morning. The former minister of foreign affairs said his party would demand the defense portfolio, imposition of the death penalty for terrorist murderers, and pension reforms.

“I heard many times in the media that they offered us defense and the death penalty… we never heard any such offer,” Liberman told reporters.

“If it is true that they are offering [the] defense [ministry], the death penalty and pension reform, that is indeed a respectable offer, and there is something to talk about. But we won’t conduct negotiations in the dead of night, or via secret deals.

“The prime minister has my phone number… we haven’t ruled out anything, but it needs to be serious.” 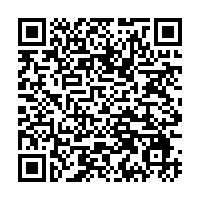