Joining the prime minister for the ceremony were President Reuven Rivlin and IDF Chief of General Staff Lt.-Gen. Gadi Eisenkot. Both lay wreaths for the victims of terror.


The designation is a relatively new addition to ceremonies that once were held to commemorate only the fallen among Israel’s soldiers. It was recognized, however, that those who die simply because they are citizens of the state are as worthy of being a “soldier of Israel” as any uniformed defender.

Bereaved Israelis flocked to the graves of fallen soldiers at the cemetery, paying their respects to troops killed in wars since 1860 as well as victims of terror.

Since the close of Israel’s War of Independence in 1948, 2,538 have died in terrorist attacks – including 31 in the past year alone.

The hatred of terrorists “is blind; for them we are all targets,” the prime minister said in addressing participants. “While they try to take life, we add life.” He listed the attacks in the past year in which precious Jewish lives have been stolen and blood shed in the State of Israel by murderous terrorists.

There is no difference between IDF soldiers on the homefront or those in the field, civilians involved in their daily affairs or those serving their time in army reserves, he said.

But the prime minister also warned that the radical Islamist terror once believed to be exclusive to the Middle East has made its way abroad and now has spread to Europe.

Attacks against Jews in countries like France – where the week-long reign of terror in Paris horrified millions this past January and left more than a dozen people dead – are becoming more common. Four people died at the Hyper Cacher kosher grocery store during that massacre.

Such activity, said Netanyahu, perversely seems to draw the admiration of many of Israel’s neighbors, rather than disgust.

For Israel to achieve peace with her neighbors, he said, they must “stop the incitement and the admiring of murderers. That’s not how you make peace.” 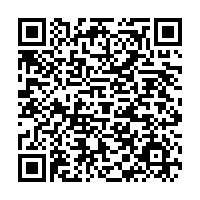