The Trump campaign press release following the meeting Sunday between Benjamin Netanyahu and the GOP presidential candidate stated that Trump told Netanyahu “a Trump administration would finally accept the long-standing Congressional mandate to recognize Jerusalem as the undivided capital of the State of Israel.” The statement also said Trump “agreed that the military assistance provided to Israel and missile defense cooperation with Israel are an excellent investment for America,” and “there will be extraordinary strategic, technological, military and intelligence cooperation between the two countries,” should Trump be elected.

Trump emphasized that Israel is a “vital partner of the United States in the global war against radical Islamic terrorism.” According to the statement, the nuclear deal with Iran and ways to defeat ISIS were also discussed, as well as “Israel’s successful experience with a security fence that helped secure its borders.”


A short while before Sunday’s meeting between Benjamin Netanyahu and Donald Trump, the GOP presidential candidate and indefatigable tweeter tweeted: “Looking forward to my meeting with Benjamin Netanyahu in Trump Tower at 10:00 AM.” The meeting lasted an hour and twenty minutes behind closed doors, and the two did not speak to the press before or after.

The Prime Minister’s office released a laconic statement saying, “Netanyahu presented to Trump Israel’s positions on regional issues related to its security and discussed with him Israel’s efforts to achieve peace and stability in our region.” The PM’s office also said that Netanyahu thanked Trump for his friendship and support for Israel. The meeting included Israeli Ambassador to the US Ron Dermer and Trump’s son-in-law, Jewish businessman, investor and political operative Jared Kushner.

Netanyahu was scheduled to meet next with Democratic candidate Hillary Clinton, who has already committed to inviting the Israeli PM to her White House as soon as she’s sworn in. Clinton is on the record as supporting the nuclear deal with Iran, but repeats her commitment to Israel’s security. In an interview with Israel’s Channel 2 TV, Clinton said “Trump should worry every Israeli, regardless of his positions on Israel.”

The two meetings were arranged when a senior Netanyahu official told reporters after his meeting with President Obama that he hadn’t been approached by either candidate for a meeting while he’s in the US, but should they invite him he’d be delighted to accept. A day later the invite came from the Trump campaign, followed by one from Hillary.

Monday night the world will follow with bated breath the first presidential debate between the two candidates. Many Israelis have reported setting their alarm clocks (or apps) to wake them up at 4 AM Tuesday, to watch the Monday at 9 PM match. 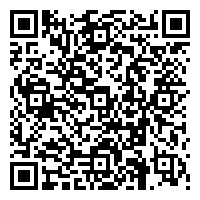