A 56-year-old Jordanian Christian writer was shot to death outside a courthouse in Amman on Sunday as he prepared to face trial on charges of giving offense to Allah, the Jordanian state news agency Petra reported on Sunday.

Nahed Hattar was being charged for sharing a cartoon on his Facebook page that portrayed Allah in a manner that was considered offensive to Islam. The cartoon was titled, “God of Da’esh” — the Arabic acronym for the Islamic State terrorist organization.

It showed an Arab sheikh, “Abu Saleh” lying smoking in bed in a tent labeled “Paradise” with two women, directing Allah to clear the dishes, bring him wine and cashews, get a “servant” to clean the floor and put a door on the tent and knock before entering the next time.

Hattar explained he was sharing the cartoon to ridicule “terrorists and how they imagine Allah and paradise,” saying that “it does not insult Allah in any way.” He removed the cartoon from his Facebook page and apologized for posting it after it triggered a firestorm of outrage on social media from conservative Muslim Jordanians.

Jordan’s highest official religious fatwa authority had condemned Hattar for what it said was an “insult to the divine entity, Islam and religious symbols.”

Hattar was shot three times by an unidentified bearded gunman in his fifties wearing a traditional Arab dishashada — a garment worn by deeply observant Sunni Salafi Muslims who shun a Western lifestyle, according to international news agencies.

The shooter was alleged by a security source to be a 39-year-old Muslim preacher from a mosque in Amman. He was arrested “and investigations are ongoing,” according to Petra.

The shooting was immediately condemned by the Jordanian Government. Spokesperson Mohammad Momani said in a statement that followed the murder, “The law will be strictly enforced on the culprit who did this criminal act and will hit with an iron fist anyone who tries to harm state of law.”

Hattar had said he believed his Islamist opponents were using the cartoon and the outrage it triggered to settle their political scores with him. The writer was a supporter of Syrian President Bashar al-Assad, and an activist fighting political, radical Islam. He was arrested August 13 and charged with contempt of religion and incitement of sectarian strife.

Jordan has been struggling to contend with internal struggles between its secular, moderate and extremist Islamist sectors, as well as the internecine conflicts arising between Jordanian citizens and Syrian refugees.

The growing majority of Arabs from the Palestinian Authority has also become a growing factor in the rising discontent of various factions. This population is comprised of those who fled their homes and moved to Jordan during the 1967 Six Day War as well as their children, grandchildren and great-children. 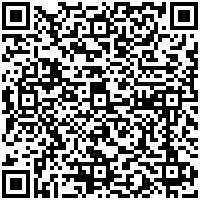