Prime Minister Benjamin Netanyahu says Israel is willing to accept wounded Syrian civilians who are casualties from the horrific clashes in Aleppo.

The prime minister tweeted a series of statements on his Twitter account late Tuesday night in response to questions during a gaggle in Jerusalem at the annual winter holiday toast for the foreign media corps.


“I’ve asked the Foreign Ministry to expand our medical assistance to civilian casualties of the Syrian tragedy, specifically in Aleppo,” Netanyahu said. “We’re prepared to take in wounded women and children, and also non-combatant men.

“We’d like to bring them to Israel, to our hospitals, as we’ve treated thousands of Syrian civilians. We’re looking for ways to do this,” he added.

Israel opened a field hospital in the Golan Heights to provide medical treatment to wounded Syrians several years after the start of the Syrian civil war, which began in March 2011, as the so-called Arab Spring swept across the Middle East.

Some of the more seriously wounded Syrians — including children — who cannot be treated within the confines of that environment are transferred to hospitals within Israel until their health improves. 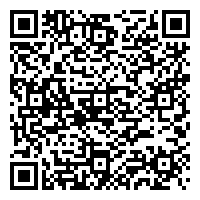