The IRS has been ordered to surrender all documents since January 1, 2009 containing the words “Israel,” “Zion,” “West Bank,” “Judea,” Samaria,” and “Special Israel Policy” for review by Congress.

“Although the Internal Revenue Service as vowed that it no longer considers inappropriate criteria, such as organization’s political beliefs, when reviewing applications for tax-exempt status, the Committee on Ways and Means remains concerned that IRS practices and policies may illegally target Americans and organizations based on their beliefs – in particular, their support for the State of Israel.

“One such pro-Israel organization, Z Street, applied for tax-exempt status in 2009. After much delay in the application process, an IRS agent confirmed to Z Street that its application had been sent for special screening reserved for groups associated with Israel…

“It is distressing that the United States government subjected Americans to discriminatory treatment because of their political and religious beliefs,” the letter continues. “It is more distressing that it took seven years for one such group to get fair treatment by the IRS, even as the IRS told Congress that it no longer discriminated against such groups. And perhaps most alarmingly, recent press accounts suggest that even after all of this history, the IRS might even be pursuing new discriminatory policies. Reports state that the Administration is considering the possibility of pressuring Israel to make unilateral concessions to the Palestinians, such as through a United Nations Security Council Resolution, and in that context, also may consider new IRS actions that would affect the tax-exempt status of people or entities based on their viewpoints regarding Israel. Despite the IRS’s claim to Congress that it stopped political targeting in 2013, the IRS and Administration’s actions over the past seven years lend credibility to these reports…

“To help the Committee better understand the IRS’s historical and current position in these matters, please provide no later than 5:00 p.m., January 11, 2017, all documents dating from January 1, 2009, to the present to, from, or within the IRS, containing the words, “Israel”; “Zion”; “West Bank”; “Judea”; “Special Israel Policy”; and/or “Samaria.”

Beginning in 2011, Americans living in Israel began to hear stories circulating about friends or family members who also had immigrated on aliyah, or who were involved in Israel-linked activities, who were suddenly receiving notices from the IRS that their U.S. income tax returns for the years 2009 and/or 2010 were under audit.

One American living in Israel who has requested anonymity due to fears of retribution told JewishPress.com that during the process of untangling the long and “intimidating” audit, the IRS case manager assigned to the account said bluntly that American taxpayers whose “returns were coming in from Israel and who were getting money back for any reason, were being red-flagged.”

Now the House Ways and Means Committee of the U.S. Congress is ordering the IRS to turn over any and all documents that will reveal whether the Obama Administration has truly been engaged in a “Special Israel Policy.” 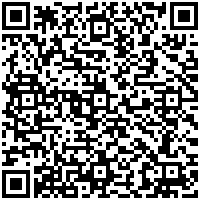