Prime Minister Benjamin Netanyahu, at the start of his Sunday morning weekly Cabinet meeting, announced that he plans “to have the Nuclear Research Center-Negev renamed after the late Shimon Peres. Shimon Peres worked greatly to establish this important enterprise for the security of Israel for generations, and I think that it would be right and proper to rename the center after him.”

Peres is widely regarded as the founder of Israel’s nuclear research. He established collaboration treaties with France’s nuclear industry in 1954, through personal meetings with French government officials. As Director General and later Deputy-Minister of Defense, Peres controlled all aspects of Israel’s nuclear program.


“The idea and its implementation aroused the ire of many against me,” Peres described his Dimona project. “There were those who claimed nothing would come of all this. Others sought to prove that the idea was impossible to realize, and some prophesied that if we even tried to go in the direction I suggested, the whole world would turn against us, and Dimona would bring upon us a terrible war.” Instead, he pointed out, “the reactor undoubtedly gave Israel a new dimension. It is the greatest compensation for the country’s small size. Technology here constituted compensation for territory, for geography. And it is okay that the reactor is always mysterious and ambiguous because it is clear enough to serve as a deterrent to enemies, and ambiguous enough not to arouse the fury of the world. It gave Israel self-confidence. Everyone felt that the option to destroy us passed from the world.”

According to its official website, work on the Nuclear Research Center NEGEV (NRCN) began bac in 1959, as part of the national policy to develop the Negev desert. The IRR-2 reactor operates on the NRCN with nuclear fuel and heavy water, cooled and moderated.

The research conducted at the NRCN is designed to broaden the basic knowledge in nuclear sciences and adjacent fields, and to provide the foundation for the practical and economic utilization of nuclear energy.

A national radioactive waste disposal site is situated within the NRCN. Radioactive waste from hospitals, research institutions, higher education facilities and factories is delivered to the site. 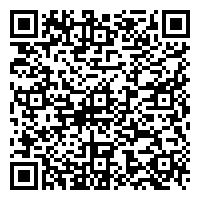