Mesbah Abu Sabih, 39, the terrorist who killed two Israelis and wounded six on Sunday morning in Jerusalem, was supposed to start serving a four-month prison sentence for attacking a policeman in 2013, according to a social network post he published on Friday, NRG reported. He was arrested before the High Holidays and released only a week ago, after being issued a restraining order to stay out of Jerusalem.

Abu Sabih, who was shot dead after a shootout with police, wrote in his post that his life was “worthless” if he wasn’t able to enter the Al Aqsa Mosque, as per his restraining order.

Among other things, he wrote: “Your holiday is our might and victory and opportunity. 19 of your soldiers were kiled. Oh, killers of children, the most cowardly, contemptible and base soldiers. The Kassem heroes pushed your heads in the dirt of kassem and of the resistance soldiers, Allahu Akbar, Praised Be Allah. … The soldier who was damaged from the fireworks, lost his hearing, huh huh huh, and received burns on his neck, huh huh huh … Beware of fireworks, they’re very dangerous. We wish our children good health, and the enemy humiliation, deafness, burns and blindness.” 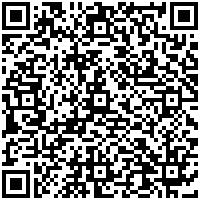