Former Israeli Ambassador to the United Nations Dore Gold told CNN on Monday that Prime Minister Binyamin Netanyahu is intent on getting his message across about the danger facing Israel from Iran.

Basically, it’s the nuclear threat – not the Israeli elections or partisan issues or friction with America – that Netanyahu has come to the United States to talk about, media rumors and extraneous “other” comments notwithstanding.


U.S. Ambassador to the United Nations Samantha Power told participants at the packed AIPAC convention Monday the U.S. “will not let Iran have a nuclear weapon, period.”

But it’s really not that simple, as Gold pointed out to CNN. To date, no nation has had any real control over Iranian activities, as has been patently obvious to the United Nations International Atomic Energy Agency, as reflected in its annual reports, regardless of international inspections and agreements and understandings signed or not signed.

Israel, perhaps more than any other nation, is exquisitely aware of this, since it is Israel’s existence Iran has threatened to snuff out.

“When the prime minister speaks to Congress tomorrow, his speech will have substance no one has heard before,” Gold said, “and he will put it on the table. The political systems in both countries will discuss it. In democracies, that is not odd.”

As for the current difficulties between the United States and Israel, Gold appeared unruffled.

“Differences with allies is not new,” he said. “It happens between the U.S. and Britain… and now with Israel and the U.S.”

Despite the tensions caused by the prime minister’s decision to go ahead with his speech to Congress on Tuesday, said Gold, “We have to do it.

“Look for substance. Don’t look for politics. The substance is there.”

Israeli Minister Does Not Want Armed Jews in Jerusalem 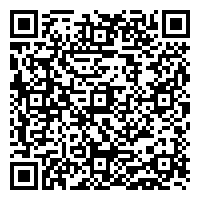