The gremlins certainly came tumbling out Monday in response to Prime Minister Binyamin Netanyahu’s speech at AIPAC, and in anticipation of his speech to Congress on Tuesday.

Former Israeli diplomat Alon Pinkas was interviewed at length in Jerusalem and had plenty to say about the prime minister’s presence in the U.S.


Even the CNN correspondent conducting the live interview on air observed, “pretty harsh criticism coming from the former Israeli diplomat.”

The leftist diplomat served from 2000 to 2004 as Israel’s Consul General in New York City and as a political adviser to former prime minister and president Shimon Peres. He was also retained by the the far-left American Jewish organization, “J Street” as a speaker on tour in the United States in 2011.

“Despite his denial, his ‘holier than thou’ attitude, he is injecting Israel” into the partisan debate in the United States, Pinkas charged in Monday’s interview with CNN from Jerusalem.

Claiming that Netanyahu had “six years” to make his point on the Iranian nuclear threat, Pinkas said the prime minster “failed miserably” to get the job done. Now, he said, “he is injecting Israel into the American political arena… He loves doing that.”

Pinkas did say that he “genuinely believes” Netanyahu is deeply concerned about Israel’s survival in the face of Iran’s threat to annihilate the Jewish State. Among other criticisms, the former diplomat said he doubts the prime minister’s effectiveness.

“One of the problems with his approach to Iran is that he says what won’t work and why not, but he never came out with what will work,” Pinkas went on.

“He did not deliver his thoughts in a coherent manner to the president.”

Moreover, he said, Netanyahu could have made his points “at any time.” Why now? he asked.

“The timing is just wrong,” he said, adding that he believes the prime minister was looking to boost his ratings at home.

“The weird timing and concoction of this invitation has to do with elections…he could have made that speech any time…I think Mr. Netanyahu is aligning himself with the Republican party, that he is doing his buddy buddies a big favor ahead of the 2016 presidential elections.”

But Prime Minister Netanyahu said clearly in his speech to AIPAC that he regretted any misunderstanding about the intentions behind his desire to address the Congress. Netanyahu said he has “a moral obligation” to stop Iran from developing a nuclear weapon – and this speech is part of that effort.

Netanyahu said it was not his intention for Israel to become a partisan issue.

Pinkas told CNN he does not believe that. 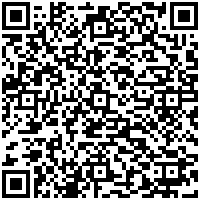