The Jewish Press readers have grown accustomed to nothing but bad news coming out of Irish sources recently regarding Israel, as Ireland joins with the most fiercely pro-Palestinian forces in the EU in a call to boycott the Jewish state. Which is why it’s been such a surprising pleasure to read notes of gratitude in The Irish Voice recently, regarding a previously unknown act of kindness by the Jewish community in New York, which sent relief for the Irish Famine of 1846.

When former Irish President Mary McAleese visited New York a few years ago, she attended a ceremony at the Congregation Shearith Israel marking the generosity of New York Jews towards the people of Ireland during the Great Hunger.


While people in Ireland were dying by the day because the potato crop failed in 1846, The Irish Voice reported, a Jewish rabbi in New York reached out to his community and raised a substantial sum of money to help the Irish. “The money raised was in the $1,000 range, close to $82,000 in today’s money.”

A newspaper report of the time said New York had contributed as much as $80,000 in total, and claimed that this was “about the same sum that has been contributed at home from all the wealthy classes of Ireland to the Central Relief Committee for all Ireland.”

“Rabbi Jacques Judah Lyons held a meeting in his synagogue in Crosby Street, in lower Manhattan, on March 8, 1847, to gather financial support to help raise funds for Irish Famine relief,” writes the Voice. According to records of the meeting, Lyons told his congregation that its purpose was to “take measures for the relief of the famishing thousands of their fellow mortals in that unfortunate and destitute country, Ireland.”

Rabbi Chaim Angel of the Congregation Shearith Israel, at West 70th Street in Manhattan, told the Irish Voice that Rabbi Lyons “applied the teachings of the Torah when he reached out and helped the people of Ireland during their toughest era.”

Money was also raised by Temple Shaaray Tefila and an individual contribution of $500 was given by banker August Belmont (founder of Belmont Racetrack). 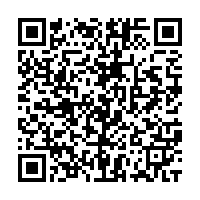