While Israel considers how best to deal with the Iranian nuclear development race, New York residents had a more local nuclear problem this weekend.

Billows of black smoke rose into the sky over the Indian Point nuclear power plant near Buchanan, New York.

A transformer failed, causing an explosion that ripped through the non-nuclear side of the plant.

The blaze was just 200 yards away from the building in which the reactor was located.

Firefighters who rushed to the scene were able to extinguish the flames, Entergy spokesperson Jerry Nappi told CNN, adding that one of the plant’s two reactor units automatically shut down.

No one was injured in the fire and there was “no threat to the public safety at any time. All Indian Point emergency systems worked as designed,” the facility said in a tweet.

But the fire had to be extinguished twice, because the flames re-ignited. Even so, the fire was out within half an hour.

Governor Andrew Cuomo received a briefing on site and told reporters, “These situations we take very seriously. This is a nuclear powered plant; it’s nothing to be trifled with.” 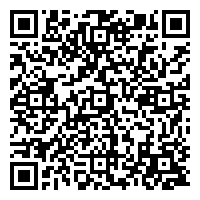