Organizers of the February 9-12, four-day “launch conference” (as opposed to lunch conference) of the Jewish European Professionals (JEP) said it was a real challenge to bring kosher food to “the small and remote Mediterranean island.”


From press reports it appears those organizers simply didn’t know that Jews consumed nothing but kosher food at breakfast, lunch and dinner, and during round the clock coffee breaks.

In the end they apparently decided on a quick and expensive fix, combining some air deliveries with a seven ton truck that set out from Brussels to Italy, where it boarded a ferry to Sicily, then was ferried to Valletta, Malta. Then the food transport had to go through clearance, as did the kosher wine. It took quite a few hours.

All imported food had to be shared carefully, since no additional kosher could be purchased during the program.

It is designed to create a vibrant young Jewish community focused on making a positive contribution to the world. The organization will hold three major European events each year. 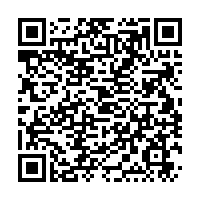