The idea of “effective sanctions” against Iran in the current global political reality constitutes an oxymoron that plays right into the hands of Iran.

Effective sanctions require the full cooperation of Russia and China, two strategic rivals of the US, as demonstrated by their UN Security Council double-veto of the October 2011 and February 2012 anti-Assad resolutions. They do not fully cooperate with sanctions invoked against Iran, and instead assist the Tehran regime – as do some European countries. Furthermore, Japan, India, and Turkey have subordinated compliance with sanctions to their trade relations with Iran, as have some countries in Latin America and Europe.


Each new sanction against Iran requires several months for effectiveness assessment. Thus, it extends the time available to Iran to develop its nuclear capabilities, as well as to acquire critical technologies and systems from North Korea, Pakistan, Russia, or China.

Sanctions have usually been employed in order to avoid the tougher – and more effective – options, which are required to produce regime-change or dramatic policy-alteration. Sanctions express loud and clear disapproval of certain regimes and policies, but generally fail to achieve their goal.

The preoccupation with “effective sanctions” and diplomacy ignores the gravity and immediacy of the clear, present, and devastating threat to the US posed by a nuclear Iran – independent of Israel’s existence and policies.

Like Bin Laden, who had ample opportunities to hit Israel but preferred to hit the US and Western Europe, Iran considers the US and NATO (and Saudi Arabia) its top enemies, its most formidable obstacles in the way of assuming domination of the Persian Gulf, and therefore, its top targets.

A nuclear Iran would cause a meltdown of pro-US Gulf regimes through violent regime changes, and/or via a dramatic policy changes by the currently pro-US Gulf regimes. Iran’s nuclear intimidation of Central Asian (former USSR) countries would tilt them toward Teheran or Moscow and against the US.

A nuclear Iran would accelerate nuclear proliferation in the Mid-East, the role model of instability, unpredictability and violent regime change – a nightmare scenario for global harmony. According to former Vice Chairman of the US Joint Chiefs of Staff Marine Corps General James Cartwright, such a scenario would be “my number one proliferation concern globally…extremely, extremely dangerous.” Saudi Arabia is currently registering its Iran-driven panic with US Senators and House Representatives, pleading for military preemption, while expediting its own nuclear initiative. It could acquire nuclear capabilities from Pakistan, which has been a closely-aligned beneficiary of crucial Saudi financial support for its own nuclear facilities. Hence, Abdul Qadeer Khan, the Founding Father of Pakistan’s nuclear program, recently visited Saudi Arabia, which has also concluded a series of civilian nuclear cooperation agreements with China, France, South Korea and Argentina. Egypt would not lag too far behind Saudi Arabia, its intra-Arab rival, stepping-up its already advanced nuclear program, as would Turkey, which aspires to hegemony in the Muslim World.

A nuclear Iran would intimidate Saudi Arabia and other oil-producing Gulf States, threatening the normal operations of their oil infrastructure, dramatically influencing oil quota and price, interfering with – and possibly disrupting – the supply of oil, directly impacting the price at the pump and the level of unemployment in the US and the West.

A nuclear Iran would bolster its existing beachheads in Venezuela, Bolivia, Ecuador, and Mexico – which host Hezbollah, Hamas, and Iran’s elite extraterritorial Quds Force. It could transfer some nuclear systems to its Latin American allies, six of which recently hosted Ahmadinejad – who is systematically enhancing Iran’s security profile on the American continent.

A nuclear Iran would provide a significant tailwind to scores, or hundreds, of sleeper cells in the US and Canada, as well as to anti-US global Islamic terrorism.

The highly exaggerated cost of military preemption – by the US or by Israel – would be dwarfed by the aforementioned threats of a nuclear Iran, in addition to the nuclear threat which would hover above US soldiers in the Gulf and above the US mainland. A regime which sacrificed 500,000 of its own children in order to clear minefields, during the 1980-1988 war against Iraq, is capable of launching nuclear warheads, irrespective of the cost. 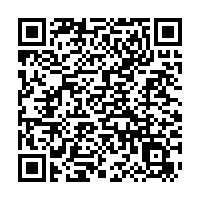