North Korea has announced it plans to indict two American citizens being held in custody for unspecified crimes.

In a four-sentence statement issued by state-controlled media, North Korea said Matthew Miller, 24, and Jeffrey Fowle, 56, two tourists, had been investigated for “perpetrating hostile acts” after entering the country. The country had evidence and testimony from both about their alleged actions, the statement said.


The two entered on separate tours with Miller’s arrest first announced on April 25, two weeks after his arrival.

According to Japan’s Kyodo News, quoted by the Wall Street Journal, Fowle was detained subsequently after arriving on a group tour in April, due to a Bible left in his hotel room.

The dates of the trials have not been announced, and it is expected to two may be forced into “confessions” of “criminal acts.” The State Department has updated its travel warnings, urging American citizens not to go to North Korea, pointing out the risk of arbitrary arrest and detention. 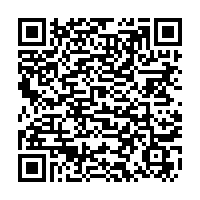