New York City Council member Chaim Deutsch has sent a letter to U.S. President Barack Obama in a last-ditch attempt to ask the president to commute the sentence of Rabbi Sholom Rubashkin, owner of the once-huge kosher meat packing plant in Postville, Iowa.

Earlier this week, President Barack Obama announced that he had commuted the sentences of 209 individuals and pardoned 64 others. “I was dismayed to see that Sholom Rubashkin’s name was not among those issued clemency,” Deutsch said in a statement to media. “In response, I prepared a letter with several of my colleagues to the President as a last ditch effort to ask for his compassion for Mr. Rubashkin, a 51-year-old father of 10 children who was sentenced to 27 years in prison.


Including Deutsch, 10 members of the New York City Council wrote to President Obama with the request:

“We write to request your attention to a serious instance of injustice in the case of United States v. Sholom Rubashkin. As citizens of the United States of America and as elected officials in New York City and State, we are outraged at the lengthy, disproportionate sentence imposed upon Mr. Rubashkin. Sentenced in 2010 for financial fraud, the first-time offender and family man was condemned to an unprecedented 27 years in federal prison. The sentence imposed was not only extraordinary, but also two years longer than what was recommended by prosecutors.

“Given your decision to commute the sentence of Chelsea Manning, convicted of serious charges including espionage, theft, and computer fraud, we believe that it is appropriate to re-visit the Rubashkin case and consider it for commutation. A bi-partisan collection of fifty-one members of Congress in sixteen states1 have written to the Justice Department to request an investigation into the potential judicial and prosecutorial misconduct that led to Mr. Rubashkin’s unjust sentence. Additionally, prior to sentencing, six former United States Attorney Generals and other former DOJ officials wrote a letter2 expressing concern about the possibility of an unduly harsh sentence to the Honorable Justice Linda R. Reade, Chief Justice of the US District Court for the Northern District of Iowa. Furthermore, a letter supporting Mr. Rubashkin’s motion to vacate his sentence was signed by more than one hundred bi-partisan officials including current and retired attorney generals, US attorneys, district court judges, and law professors in April of 20163. The letter included a request for the US Attorney to review mounting evidence of prosecutorial misconduct in the case of Mr. Rubashkin.

“In light of your desire to right perceived injustices, as demonstrated by the commutation of Chelsea Manning’s sentence, we respectfully ask that you consider freeing Mr. Rubashkin, who, like Manning, has already served seven years of his sentence. In your eight years as president of our great country, you have asserted that you seek truth, justice, and equality for all. It would be a truly fitting conclusion to your term to demonstrate that by freeing Sholom Rubashkin.”

“In April of 2016, 107 officials signed a letter to the U.S. Attorney in support of Mr. Rubashkin’s motion to vacate his sentence. These signatories included six former United States Attorney Generals, federal judges, and other Department of Justice officials.

“I sent my letter to President Obama, Senators [Chuck] Schumer and [Kirstein] Gillibrand, the U.S. Attorney General and Deputy Attorney General, and the White House Counsel to the President. I believe that Mr. Rubashkin deserves to be freed,” he added, saying that readers who agree should “get involved by calling the White House at 202-456-1414 or email President Obama at https://www.whitehouse.gov/contact.”

Note, however, that as of Friday, January 20, 2017, it will no longer be relevant to ask President Obama to commute Sholom Rubashkin’s sentence.

It may, however, be relevant to ask for clemency from incoming President Donald J. Trump — although it may also be a good idea to give the new president a few days to get used to his surroundings first. 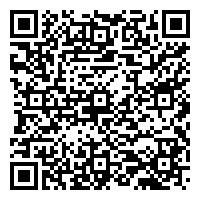