A newborn in New York who underwent his ritual circumcision rite is undergoing treatment for neonatal genital herpes, according to the Forward, contracted after metzitzah b’peh, in which the ritual circumciser places his mouth directly on the child’s circumcision wound to revive the shocked blood stream.

The New York City Department of Health and Mental Hygiene issued a health alert about the baby’s case on Jan. 28. The baby was treated for the genital rash five days after his circumcision.


At least 11 boys contracted herpes between 2004 and 2011, according to New York City health officials. Two died from the disease and two others suffered brain damage.

In September 2013, the city’s Board of Health voted 9-0 to require mohels to obtain signed consent forms from parents; the Haredi Orthodox Jewish community opposes the forms. Several months earlier, the city had struck an agreement with city hospitals to distribute pamphlets about the ritual’s dangers to the mothers of newborns.

New York Mayor Bill de Blasio said shortly after taking office on Jan. 1 that he would leave the signed consent forms in place while looking for a more effective solution, according to the Forward. The Haredi Orthodox community had expected de Blasio to do away with the forms. 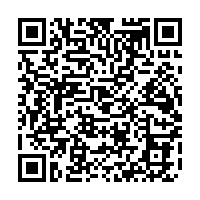