Knesset Foreign Relations and Security Committee member, Jewish Home MK Yoni Chetboun, this morning slammed the repeated warnings, both on the part of foreigners and Israeli government ministers, that Israel is facing a complete severing from the world economy should it fail to comply with the Palestinian, European and American demands for withdrawal from Judea and Samaria, Srugim reported.

Accoding to MK Chetboun, “We are under an assault of cognitive terrorism intended to pressure Israel.”


The equation is simple,” he continued. “The more stressed and weak we look, the stronger the boycott campaign will become. These terrorist threat won’t hold water unless we provide them with a vessel.”

In that context, said Chetboun, the drama that Ministers Tzipi Livni and Yair Lapid are introducing into the discussion is dangerous, and will only lead to increased pressures.

“I understand the concern,” Chetboun added, “and no one thinks that an economic boycott would be good for Israel. But the irresponsible panic of Lapid and Livni is only fanning the flames of the scare campaign and the boycotts. I expect the Zionist left, too, to show responsibility and not to push Israel into undertaking dangerous steps.”

MK Yoni Chetboun is the founder and chair of the Rananim Movement for strengthening the Jewish and Zionist Identity among religious youth. He has initiated several right-wing NGOs, and lectures on social leadership in educational institutions, social movements and local neighborhood forums.

In Chetboun’s opinion, “you fight terrorism through national resilience, and needless panic and drama damage our resilience. It’s the responsibility of leaders to help create economic strength, and so it’s inconceivable that the a senior member of Israel’s security cabinet and the minister leading the negotiations team don’t understand it.”

Finally, MK Chetboun says we’re not about to commit suicide because of economic threats. “It won’t be moral or responsible. No nation has ever given up its security interests because of political pressure, certainly not us. Israel knew how to deal with similar threats in the past, and will know how to deal with them in the future, too.”

Why Is One of the Strongest Western Economies Feeling So Vulnerable? 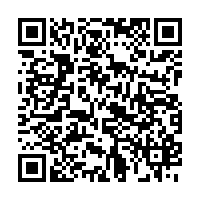