Participating in a lengthy Twitter debate about a statement put out by Israel’s Foreign Press Association – “The FPA protests in the strongest terms the blatant, incessant, forceful and unorthodox methods employed by the Hamas authorities and their representatives against visiting international journalists in Gaza over the past month” – Rudoren essentially accused the Foreign Press Association of becoming a stooge for the Israeli government.


“Every reporter I’ve met who was in Gaza during war says this Israeli/now FPA narrative of Hamas harassment is nonsense,” Rudoren wrote. Of course, Rudoren failed to address substantive questions that surfaced during the debate – how come no international media has reported from Hamas offensive positions at schools, mosques, refugee camps and civilian neighborhoods? How come no photographs of Hamas rocket launchers have made their way to the Times, CNN, BBC or the Sydney Morning Herald?

Rudoren also refused to address multiple claims made by journalists who said they had suffered intimidation at the hands of Hamas in Gaza. At the end of the day, perhaps the most convincing comment in the debate came from Daniel Schwammenthal, Director of the AJC Transatlantic Institute in Brussels.

“That those accused of having played by Hamas rules now deny it (the fact that Hamas intimidates journalists into silence) is hardly convincing,” Schwammenthal wrote. 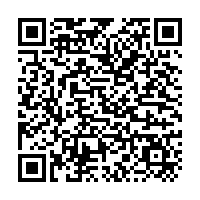