One Arab adult and two Arab minors in Jaffa were indicted Sunday in connection with a firebombing attack on police as they patrolled the city. The indictments were filed in Tel Aviv Magistrate’s Court and the Tel Aviv Juvenile Magistrate’s Court.

A gag order on the case was lifted once the indictments were filed.

Information about the arrest, carried out in a joint operation with Israel Police, was released by the Israel Security Agency, Shin Bet, on Sunday afternoon.

Due to the swiftness of the police response, three suspects were arrested and taken into custody almost immediately after the attack.

The three suspects confessed to throwing the firebombs (Molotov cocktails) ten days ago in the attack, which took place in central Jaffa (Yafo).

The perpetrators were allegedly motivated by the need to “support the Palestinian people” and attack Jews who were “violating the sanctity of Al Aqsa.”

The so-called “violation of the sanctity of Al Aqsa” lie that has been spoon-fed to the Arab population by its leadership day after day via the media and during sermons on Fridays at the mosques has become the motivating force behind nearly every attack carried out against Israelis during this current wave of terror. 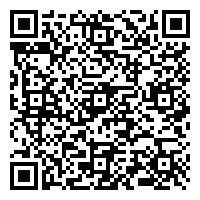