As reported yesterday, President Obama admitted that Netanyahu was correct when he said that the sunset clause in the P5+1 nuclear deal with Iran “paves the way” for Iran to get nuclear weapons.

Obama admitted that in years 13 and 14 under his deal, the breakout time, which has since dropped to its current 2-3 months, and which the deal hopes to expand to 1 year, then drops to zero.

“What is a more relevant fear would be that in Year 13, 14, 15, they have advanced centrifuges that enrich uranium fairly rapidly, and at that point, the breakout times would have shrunk almost down to zero.”


The State Department faced a crisis when Obama accidentally told the truth, and to correct it, Spokeswoman Marie Harf said the President’s words got “a little mixed up”, and he was referring to a “hypothetical” case of what would happen without a deal.

MAtt Lee: I’d like to go to Iran and president’s rather unusual sales job and his most recent interview. He said after 13 years Iran would or could have a capability to produce a weapon —

Marie Harf: His words were mixed up – referring to a scenario where there was no deal.

Of course, Harf’s statement sounds mixed up as the President was quite clear. 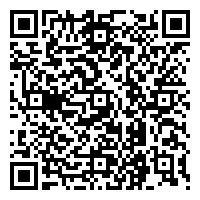