President Barack Obama on Tuesday granted a full and complete pardon to former vice chairman of the Joint Chiefs of Staff retired four-star Marine Corps Marine General James E. “Hoss” Cartwright, who on October 17, 2016, pleaded guilty to falsely denying to the FBI that he was the source of classified information about US-Israeli cyberattack on Iran’s nuclear program, which was published in a book by David Sanger.

Obama on Tuesday also granted commutations to 208 other people and pardoned 64, including the commutation of most of the remaining sentence of US soldier Chelsea Manning, who had been convicted of leaking classified information to WikiLeaks.

On June 8, 2007, then Defense Secretary Robert Gates recommended Cartwright to be the next Vice Chairman of the Joint Chiefs of Staff, replacing retiring Admiral Edmund Giambastian. Cartwright’s nomination was confirmed by the full Senate on August 3, 2007 and he assumed the position immediately upon confirmation.

Cartwright was awaiting his sentencing in two weeks, after pleading guilty to felony, when he received his pardon.

The senior White House official told the Washington Post that Cartwright’s long history of distinguished service to the nation factored into Obama’s decision. According to the same official, a journalist involved in the case testified that Cartwright did not tell him anything he didn’t already know, and that the general was actually trying to prevent “the publication of information that could be damaging to our national security.”

It appears that Cartwright inadvertently confirmed the reporter’s information, rather than leak it. “Motive matters,” the official told the Post. “It’s clear in this case that based on what the journalist has said . . . that General Cartwright’s motive was different than most of the people who are accused of leaking classified information to a journalist.”

Cartwright issued a statement Tuesday, saying, “With the greatest pride, I have served my country as a member of the military for more than forty years. This action allows me to continue that work as a private citizen. […] I love this country and believe it to be the greatest nation on earth. I have never lost faith in that belief.” 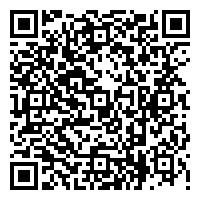