President Barack Obama warned American Jewish leaders Tuesday if the U.S. nuclear deal with Iran is shot down, Israel eventually will pay the price in rocket fire on Tel Aviv.

Obama and Vice President Joe Biden met in the White House Cabinet Room with 20 Jewish leaders several hours after an Internet address to North American Jewish leaders by Prime Minister Binyamin Netanyahu. The Israeli leader followed his speech with a question-and-answer session drawn from some 2,000 pre-submitted questions from the 10,000 who had registered to participate in the webcast, sponsored by the Jewish Federations and the Conference of Presidents of Major American Jewish Organizations.


During the two-hour meeting with Jewish leaders from across the religious and political spectrum that followed Netanyahu’s plea for American Jews to fight the deal, Obama tried to debunk the prime minister’s arguments.

Sources at the meeting said Obama said a discussion focused on “personal attacks” – rather than the “merits of the deal” – could threaten the unity of the American Jewish community and also the strength of the U.S.-Israel relationship.

But Netanyahu specifically said in his own address – emphasized, in fact – that he was not making a personal attack. “A huge majority of Israelis oppose the deal,” he said. “So this is not a partisan issue in Israel. It shouldn’t be a partisan issue in the United States either.

“Nor is it a personal issue. This isn’t about me. And it’s not about President Obama. It’s about the deal. I’m asking you to rise above partisan politics as we in Israel have risen above it. Judge the deal on its substance and on its substance alone. The more people know about the deal, the more they oppose it,” Netanyahu said pointedly.

Obama also said that he truly believes that if the deal will be rejected by Congress, the ultimate result will be a military strike. “But the results of such a strike won’t be war with Iran,” the president allegedly said.

Iran isn’t going to aim its weapons at the United States, pit its annual budget of $15 billion against the U.S. military and the American budget of $600 billion, he said. Obama went on to describe instead a terror scenario similar to that which awaits Israel and the U.S. as described by Netanyahu, given the billions of dollars to be infused into the Iranian economy as a result of the soon-to-be lifted sanctions from the deal.

American and Israeli targets will be attacked by armed terrorist groups on Israel’s borders, and Iranian proxies who will ram aircraft carriers, the president allegedly said. “They will fight this asymmetrically. That means more support for terrorism, more Hezbollah rockets falling on Tel Aviv.

“I can assure that Israel will bear the brunt of the asymmetrical response that Iran will have to a military strike on its nuclear facilities.”

In his speech, Netanyahu was clear and to the point on this: “There’s one claim that is the most outrageous – that those who oppose this deal want war. That’s utterly false. We in Israel don’t want war. We want peace. Because it’s we who are on the front lines.

“We face Iran’s terror on three borders. We face tens of thousands of Iranian rockets aimed at all our cities. We face Iran, whose regime repeatedly calls for the destruction of the Jewish State.

“We face Iran whose terrorist proxies try to kill Jews every day.

“Israelis are going to be the ones who pay the highest price if there’s war and if Iran gets the bomb.

“I oppose this deal because I want to prevent war, and this deal will bring war. It will spark a nuclear arms race in the region and it would feed Iran’s terrorism and aggression. That would make war, perhaps the most horrific war of all, far more likely. 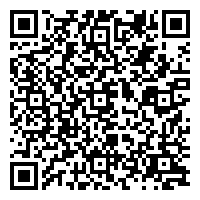