“This is the first day in the State of Israel without the late Shimon Peres. Shimon Peres was among our greatest leaders, who left behind him a long trail of unique achievements. On behalf of the entire Jewish People, the citizens of Israel and the Government of Israel, I convey deep condolences to Shimon’s family.

Shimon Peres lived a life rich in deeds, which symbolize the history of a revived Israel – the life of an ancient people that marches, revived, on its land, the power of our people to defend itself, and is building up its homeland with sweat and courage.

When Shimon, as a youth, went to the Ben Shemen agricultural school, he wrote: ‘The goal of my life is to serve my people.’ He realized this goal. He believed with all his heart in the goals of Zionism and was a man of inspiring vision. Shimon accompanied the state since before its birth, stood by the cradle, and made sure that it could stand on strong legs. He was at the side of David Ben-Gurion during fateful decisions, at a time when the young Israel was fragile and its military strength had yet to be realized. Shimon greatly contributed to the building up of our strength. He made a unique contribution to the strengthening of our security both openly and in areas that are best left unspoken.

One of the summits of his life was the successful operation to free those of our people who had been hijacked to Entebbe. As Defense Minister in the government of Yitzhak Rabin, Shimon played a crucial role in the decision to dispatch our planes and commandos into the heart of Africa. But alongside this, alongside all of his work on behalf of the security of Israel, Shimon Peres never stopped striving for peace and believing in peace. His hand was always extended toward historic reconciliation with our neighbors. Even if this reconciliation tarried, he taught us not to give in to despair but to cling to the hope and to continue working.

Shimon Peres was an MK for almost 50 years. He served as a minister in various governments in many and varied portfolios. He twice led our country as Prime Minister. He opened our international links, contributed to stabilizing the economy and worked greatly on behalf of immigration from the USSR and Ethiopia.

There were many things that we agreed on and the number of these grew over the years. But we also had our disagreements, which are a natural part of democratic life. Even in these instances, the respect that I felt for Shimon was never impaired. On the contrary, as time passed our relations became closer. I esteemed him. I loved him. During his tenure as President, we had many personal meetings, often lasting deep into the night. These were fascinating, in-depth meetings in which I learned to recognize the man, to recognize his life’s story and to listen to his thoughts.

Only two months ago I came with my wife to launch the Peres Center for Peace and Innovation. We shared a common vision – a vision of progress and technology. Shimon saw the presence of Israel at the forefront of scientific and technological progress, and rightly so, as a key to human welfare, the key to peace. At that meeting I was stirred by his curiosity, his ability to mobilize a vision of the future world. After the ceremony, we sat for a long time. We arranged to meet again, to continue to promote the common vision of technology and innovation – and yes, also peace.

Unfortunately, this meeting will not take place. The prayer which I made on behalf of all citizens of Israel from the podium of the United Nations, the prayer that I offered for his recovery did not materialize. But our consolation is that so many things in the life of Shimon did come true. And the seven years of Shimon Peres’ presidency were a rejuvenation. He won the public’s bipartisan, cross-sector admiration. Love of the people was forthcoming and warmed his heart.

Shimon was a man of vision, he was a man of peace, he was also a man of letters, and without these two elements there can be no national revival. For all these reasons Shimon won worldwide international recognition. Heads of state sought him out and honored him. Many of them, along with us, will accompany him on his last journey to eternal rest in the soil of Jerusalem. Shimon’s work will yet remain with us for many generations. He will be enshrined in my heart always and etched in our hearts forever.

May his memory be blessed.”

“This is a sad morning for all of us. There is not a chapter in the history of the State of Israel in which Shimon did not write or play a part. A man who was a symbol for the great spirit of this people. Shimon made us look far into the future. As one man he carried a whole nation on the wings of imagination, on the wings of vision, and we loved him dearly. We loved him even when we did not see things eye to eye, because he made us dare to imagine not what was once here, nor what is now, but what could be.”

“We are officially convening the ministerial Committee on Symbols and ceremonies, which today mourns the passing of former President and Prime Minister Shimon Peres. We are preparing for a very large and complex funeral that will coordinate very many elements. Here today is the Director General of the Foreign Ministry and the Jerusalem District Police commander, as well as representatives from the Defense Ministry, Knesset, and the Prime Minister’s Bureau, among others. We are, in effect, working to coordinate the entire effort.

I would like to thank Minister Ofir Akunis and Minister Sofa Landver, who are present as members of the committee. We will work under the ‘Havatzelet’ protocol to facilitate a respectable funeral that will allow the citizens of the country and the world leaders who will arrive to pay proper respect to former President Peres. Therefore, as soon as the committee votes on its decisions, everyone will go to work in his area and we will meet from time to time on a more reduced basis to oversee coordination.

There will be several centers: The airport, to which the leaders will arrive. The second center is the Knesset. The third is Mt. Herzl, including the interment itself. There are many elements here that we will need to coordinate so that everything goes smoothly and respectably, despite all the constraints we are under and the complexity of the event. There is also, of course, Shabbat that we must take into account and see that we finish on time so that all of the police and other elements working on the event can return home in time for Shabbat.”

“Yad Vashem, the World Holocaust Remembrance Center, mourns the passing of the ninth President of Israel, Shimon Peres and offers its sincerest condolences to his family and all of the people of Israel.

Former President Peres was a dedicated supporter of teaching the legacy of the Shoah, so that the Jewish people – and all humanity – may have a brighter future.  Shimon Peres worked tirelessly to further the causes of justice and peace for all humankind.”

“Israel Atomic Energy Commission (IAEC) Director Ze’ev Senir and the commission’s employees and retirees mourn the passing of former President, Prime Minister and Defense Minister Shimon Peres. His work is interwoven with the work of the IAEC since its founding.

Shimon Peres substantially contributed to the establishment of the Negev Nuclear Research Center and the foundation of Israel’s nuclear policy as a significant contribution in ensuring the national strength of the State of Israel. His legacy will accompany the work of the IAEC in the future as well. May his memory be blessed.” 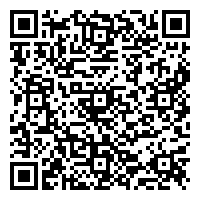