In Jewish culture, moving to the Land of Israel is called “making aliya,” going up to the Holy Land, because the Land of Israel is considered higher – in a spiritual sense – than the rest of the world. Higher not in a conceited way, but higher in the sense of expressing a high level of spirituality and morality that all humanity, Jews and all the nations of the world, can and should aspire to.

When I made aliya over forty years ago, I found the Israeli political world already well established in its divide between left and right. One of the points of contention was the question of Jews returning to live in Judea and Samaria, those parts of the country west of the Jordan River, which had been illegally occupied by Jordan between 1948 and 1967, and liberated in the miraculous events of the Six-Day War in June, 1967.

Both political sides were also in clear agreement: in principle, Jews had the legal, moral and historical right to live in Judea and Samaria. After all – these were not far flung colonies detached physically and historically from Israel. Indeed quite the opposite: Judea and Samaria, with Jerusalem in the center, make up the geographical backbone of the Land of Israel, with their hills and valleys being the middle of the country. From those hills, one can see – on most days – clearly to the urban sprawl that is the greater metropolitan area of Tel Aviv and surrounding suburbs, as well as the Mediterranean Sea just to their west, and in the opposite direction see the mountains of the Gilad to the east that are now part of Jordan.

More than that – those areas of Judea and Samaria are not only the physical backbone of the country but the heart of our land: it is on these hills that our forefathers and mothers lived, our ancestors built the life described in great detail in the Bible, and our historical memories as well as our dreams for the future were intertwined with these hills, valleys and cities.

All this both left and right knew and believed. The only difference was that the right wanted to exercise Jewish rights to live in this land immediately, whereas the left reiterated that although, of course, we have the historical, legal and moral right to live and build in Judea and Samaria, yet the time isn’t ripe for such a movement. The right answered with the ancient Jewish saying: “If I am not for myself – who will be for me? And when I am only for myself – what am I? And if not now – when?”

Now, forty years later, some people on the left have become confused, absorbing the false Arab narrative about “Palestinian lands” – although there never was either a Palestinian people or an Arab Palestinian state at any time in history; they accept that Jewish communities in Judea and Samaria are illegal – even though that is absolutely not true by international law: Jews cannot be occupiers in a land that is historically and legally ours. No other group ever had legal title to the land. Therefore being against Jewish communities in those areas isn’t based on law, but rather a misunderstanding of international law that may or may not be a form of conscious or unconscious anti-Semitism.

When some people in our country are confused and accept thia false narrative, it’s not always a surprise that people abroad make those same mistakes. Still, I would like to remind President Obama and Secretary General Moon: there are no “Palestinian lands” in the land of Israel.

There is, however, the anomaly of an imperialist occupation that is still trying to appropriate the land and culture of an indigenous people. I refer, of course, to Islamic-Arabic imperialism that invaded our land in 7th century and modern day proponents of that imperialism are still trying to deny the natural rights of the Jewish people and occupy the Land of Israel. 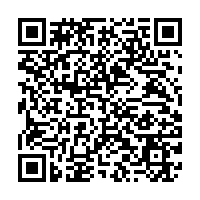