The head of the outlawed Islamic Movement in Israel, Sheikh Raed Salah, was arrested Thursday afternoon at HaEmek Medical Center in Afula, according to local sources.

It is not clear what Salah was doing at the hospital or why he was taken into custody.

The medical center has become the site for numerous protests by Arabs expressing solidarity with al-Qik as he continues his hunger strike, hoping to win freedom from administrative detention. Al-Qik was taken into custody last November. The court was shown classified evidence indicating he is an “active Hamas agent involved in operational terror,” according to a decision by the court to deny a petition for release.

On that basis, Israel’s High Court of Justice ruled Wednesday that al-Qik will not be allowed to go free, regardless of what path he chooses. “His life is in his own hands,” wrote the panel of judges in their decision. 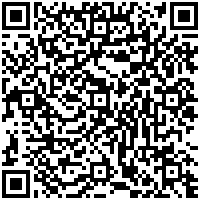