WAFA as well as all Arab media inside and outside Israel routinely incite Muslims into a frenzy over Jews “storming” the Temple Mount.


WAFA added that the “settlers,” a term referring to any Jew who ascends the Temple Mount, “attempted to perform Talmudic (Jewish) prayers, however their attempts were foiled by the Mosque guards.”

That statement is probably not true because Jerusalem police stay within inches of all Jews on the Temple Mount and haul them away if they even dare to whisper a prayer.

WAFA also told its faithful that Israeli police were deployed in such large numbers that it made Jerusalem a “military barrack.”

The Palestinian Authority’s official website’s reference to the “priestly garments” could have been part of its strategy of incitement against Jews or could have been plain ignorance and paranoia.

The spokesman for the Jerusalem police did not respond to The JewishPress.com’s request for a response to the accusations by WAFA, but Temple Mount activist Rabbi Yehuda Glick explained that the “priestly garments” were nothing more than the white “kittel.”

The “Kittel” is not a priestly garment. The High Priest indeed were a white robe and trousers during part of the Yom Kippur rituals on the Temple Mount.

However, the “kittel,” which symbolizes purity and is used as a burial shroud for men, is commonly worn in synagogues on Yom Kippur, the Day of Judgment, to symbolize the penalty of death by God for committing sins.

The Orthodox Union explains the ritual on Yom Kippur:

Twice during this exalted day, the Kohen Gadol [High Priest] would remove the eight priestly garments he wore during his service in the Beit HaMikdash [Holy Temple] all year long, immerse in a mikvah and don the four special white linen garments that were used only on Yom Kippur to enter the Kodesh Hakodashim [Holy of Holies].

The only connection between the Kittel and the High Priest’s white robes is that both are white.

The second verse in Chapter of Isaiah states:

Our sins shall be made as white as snow.

Below is video posted on Arab media of Jews, one of them with a ‘Kittel,” on the Temple Mount on Yom Kippur. 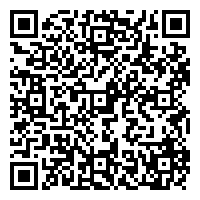