IDF paratroopers foiled an ambush in Gaza on Thursday when they surprised terrorists who had prepared an explosive device to kill them.

Operation Protective Edge entered its 18th day Friday with a significant decline in the number of rocket and missile attacks on Israel and what is perceived as clear signs of a decline in the morale of Hamas.

No IDF casualties were reported overnight, but four soldiers, including two paratroopers were seriously injured. It is not known if the paratroopers were wounded in the same incident in which the combat units foiled the ambush, as explained n the video below.

A Golani battalion commander suffered serious injuries when a terror tunnel collapsed one him.

The IDF carried out more than 130 attacks on Hamas terror targets Thursday, bringing to more than 3,00 the number of actions taken against the Hamas terrorist infrastructure.

Government unity for continuing the counter-terrorist campaign is weakening in the face of new proposals from  U.S. Secretary of State John Kerry for a ceasefire. Opposition leader Yitzchak Herzog said Friday morning he is in favor of a ceasefire if Hamas accepts it, while most Likud, Jewish Hem and Yisrael Beitenu Knesset Members want the IDF to finish the job and disarm Hamas. 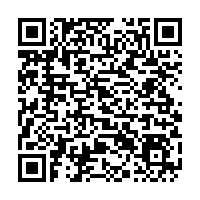