A march through Paris against French President Francois Hollande ended with anti-Semitic chants and cries of support for an anti-Semitic comedian.

At least 150 protesters were arrested in the “Day of Anger” demonstrations on Sunday, according to reports. Nineteen police officers were injured in clashes with protesters, one seriously, the French news agency AFP reported. Police estimated that 17,000 participated in the march.


Protesters performed the quenelle, a gesture reminiscent of the Hitler salute that was invented by the anti-Semitic French comedian Dieudonne M’bala M’bala. They also called for freedom of speech on Dieudonne’s behalf.

Anti-Semitic chants included “Jews go home” and “Jews, France is not your country.”

The Union of French Jewish Students, or UEJF, condemned “anti-Semitic slogans and Nazi salutes” by some protesters, and the group’s president, Sacha Reingewirtz, told AFP, “This Day of Anger has turned into a day of hate.” 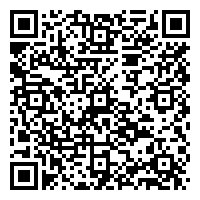