The IDF is planning to renovate the compound to facilitate the entry of Jewish worshipers again.


A military spokesperson said the IDF strongly condemns any violation of holy sites, views the incident as extremely serious and is determined to locate and arrest the perpetrators. Samaria Regional Council head Yossi Dagan said in a statement:

As a Jew, I must express deep shock at this terrible act. I believe that everyone in the free world will condemn this barbaric and criminal act, igniting one of the holiest places for the Jewish people, which is a historical relic for the entire world.

This is the barbarism of the Palestinian Authority and its leader, yet another act that proves we can’t trust this ‘partner.’ I call on the prime minister to immediately return the IDF forces to Joseph’s Tomb, since it’s obvious that otherwise there is no one to take care of this important relic for us. It is Holocaust denier Mahmoud Abbas’s responsibility, and he should be held accountable.

Joseph’s tomb has been venerated throughout the ages by Jews, Christians, and Samaritans. After Judea and Samaria were restored to Israel in 1967, the shrine was gradually turned into a Jewish prayer room. Friction and conflict from competing Jewish and Muslim claims over the tomb became frequent, and, eventually, the site fell under the jurisdiction of the Palestinian Authority according to the Oslo Accords that specifically stated that Jews would have free access to the holy site.

In 2000, just after being handed over to the PA, Joseph’s Tomb was looted and razed by an Arab mob. Starting in 2002, Jewish groups returned to the site intermittently. Between 2009 and 2010 the structure was refurbished, including a new cupola, and regular visits by Jews have resumed.

On April 24, 2011, PA police opened fire on three cars of Israeli worshipers after they finished praying at Joseph’s Tomb, killing as Israeli citizen and wounding three others.

An IDF investigation concluded that the Palestinian Authority police officers had acted “maliciously” and with the intent to harm the Jewish worshipers. Then-IDF Chief of Staff Benny Gantz declared that the Arab policemen fired “without justification and with no immediate threat to their lives.”

On July 7, 2014, Arabs tried to burn down Joseph’s Tomb during a riot, but Palestinian Authority security forces were able to stop the rioters before they could level it.

On December 22, 2014, Jews who were visiting the tomb to light Chanukah candles discovered that the site had been vandalized. Lights were broken and electrical wiring had been cut.

But The Republic Survives 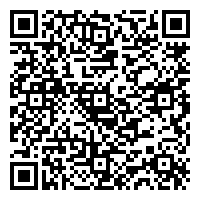