In Lebanon, a pro-Hezbollah vocalist has been arrested on charges of incitement, according to the singer’s father and judicial officials who spoke with media.

If indicted, tried and convicted, Barakat could face a sentence of six months to three years in prison for the crime of inciting sectarian sentiments, and attacking a friendly nation.


Known as “Hezbollah’s nightingale” Ali Barakat was detained by authorities when he went to collect his passport from the Directorate of General Security in the southern Lebanese town of Nabatiyeh.

The vocalist received a summons in April for releasing sectarian songs that “harm Lebanon’s relations” with other Arab nations, authorities said, according to a report by ABC News that quoted the Associated Press.

Several glorified Hezbollah, including one released on the 14th anniversary of the Israeli army’s withdrawal from Lebanon. He sang about Hezbollah conquering the Galilee — a goal the terrorist group has said it will reach in the next war — and of bombing the Golan Heights.

“We are coming to blow up the volcano in the Galilee and the Golan,” he sang. “Hezbollah’s fighting in Syria is the greatest proof.” The backdrop video images flashed during the song included a map of the Galilee and shots of damage to Syrian rebels caused by Hezbollah

“Your turn will come, occupier,” he sang. “In the next war, you will disappear.”

Barakat was apparently warned prior to his arrest that his incitement could endanger him.

An official linked to Hezbollah who spoke with media on condition of anonymity said, “When we heard some of his songs that we found not suitable we objected. Still, he went on with them.” He added that Barakat is not a member of the terrorist group. 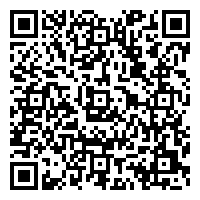