In recognition of Holocaust Remembrance Day, Laurie Cardoza-Moore, UN Special Envoy for the World Council of Independent Christian Churchs (WCICC) and President of Proclaiming Justice to The Nations (PJTN), attended meetings at the United Nations to condemn UNESCO’s effort to deny the historic, cultural and religious connection between the Jewish people and the Temple Mount.

The WCICC sponsors and promote meetings at the UN with countries and organizations that support Israel. The group represents more than 40 million Evangelical Christians worldwide, who, together with more than 13,000 global PJTN Watchmen are calling on UNESCO to condemn the strategic and deliberate destruction of ancient artifacts buried beneath the Temple Mount. This destruction has been carried out by the Islamic Waqf for over a decade now, in an attempt to physically eradicate and deny Jewish history connected to the holiest site in Judaism and Christianity.


This message is particularly important on Holocaust Remembrance Day, argues Cardoza-Moore, because “we cannot afford to stand by as Jewish history is publicly denied by an organization of the United Nations. Denying the Jewish people’s connection to the Temple Mount is tantamount to denying the existence of the Jewish people and is therefore even more grave than Holocaust Denial.”

“We recognize UNESCO’s responsibility to promote culture and religious diversity by respecting the heritage of all nations,” she says, “Therefore, we call upon UNESCO to recognize the deep historic and religious Jewish connection as well.”

Cardoza-Moore concludes that “with the rise of global, genocidal anti-Semitism, as well as the global push to boycott, divest and sanction Israel, on this Yom HaShoah, as the world remembers one of the most horrific events in modern history, Christians, Jews and people of conscience must commit to make a stand and say never again.” 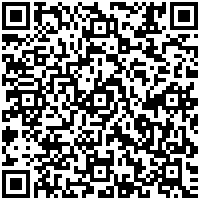