A demonstration and call for action against terror are scheduled for 6:30 p.m. Wednesday across from the official of residence of Prime Minister Binyamin Netanyahu in Jerusalem.

Government officials got on the soap box after Monday’s night murder of Malachi Moshe Rosenfeld and spoke beautifully against Palestinian Authority incitement and terror.

Action is something else.

The terrorists in the drive-by shooting still are at large, and they used a highway where Israel had removed checkpoints as part of “good will gestures” to bolster the popularity of Palestinian Authority chairman Mahmoud Abbas, who has not condemned the murder and whose regime incites murderers. 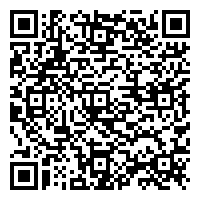