Cleared for publication: The Shin Bet (Israel Security Agency) has foiled a new attempt by Hamas to rebuild its terror network — and the start of a shadow government — in Judea and Samaria.

In a joint sting operation with the IDF and Israel Police, the Shin Bet uncovered a mammoth Hamas terror cell operating in the Samaria city of Shechem and surroundings. The cell was involved in laying the groundwork for the launch of a parallel shadow government poised to eventually supplant that of the Palestinian Authority in the capital, Ramallah, as well as ignite a spate of new terror attacks, according to security sources.

Approximately 40 operatives were arrested in the sting, including senior Hamas members who have been previously incarcerated. Interrogations of those who were detailed revealed that Hamas was well on the way to renewing its presence in Judea and Samaria.

The terror organization had already begun creating a central headquarters in Shechem (Nablus). The group has expanded its infrastructure and appointed regional chief, delegating responsibilities in the following areas:

Shechem native Husam Badran, 49, is the mastermind behind the administrative infrastructure, according to security sources. Badran, who currently resides in Qatar, is directly responsible for organizing and maintaining contact with the command membership. He was also apparently involved in delegating various roles, and for the successful transfer of hundreds of thousands of dollars to the command center as well.

These activities were concealed by the use of couriers and post office boxes. Funds were transferred in part by the purchase of 22-24 karat gold jewelry from Jordan, which was then smuggled into Judea and Samaria.

Since 2012, there has been a 50 percent increase annually in the number of terror attacks perpetrated against Israel each year by the group, going from 683 in 2012 to 1,834 last year.

Perhaps Hamas is planning to move all of its people out of Gaza and into Judea and Samaria; there has been little or no effort into reconstructing homes and infrastructure for its people there.

Instead, Hamas has been intent upon rebuilding its terror infrastructure with whatever building materials it receives. The organization has rebuilt its terror attack tunnels leading into Israel and continues to develop its domestically produced missiles. It has increased its drills on land, sea and air and periodically test launches new rockets to check the trajectories and ranges they produce.

Nevertheless, according to the Shin Bet chief, Hamas is not quite yet ready for a new war with the Jewish State, although it can carry on a serious conflict if one is ignited. The terror group is fully equipped, funded and trained by its Iranian sponsors.

Cohen told lawmakers that Palestinian Authority Arabs in Judea and Samaria, however, are more focused on their financial survival this year and thus far less likely to support a war with Israel.

Ironically, Cohen noted that although Israel this year allowed the PA to conduct the Ramadan security checks to the Temple Mount for Arabs from Gaza, Judea and Samaria, the PA government chose not to implement the concessions.

An Open Letter to Seth Rogen 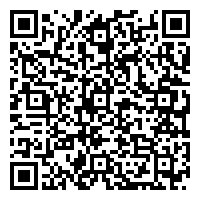