Prime Minister Benjamin Netanyahu on Thursday spoke by telephone with Russian President Vladimir Putin who acceded to Israel’s request for assistance in extinguishing the wave fires plaguing the country and promised to immediately send two giant Beriev be-200 firefighting aircraft to save the day.

The Beriev Be-200 Altair is a multipurpose amphibious aircraft designed by the Beriev Aircraft Company and manufactured by Irkut. Marketed for fire fighting, search and rescue, maritime patrol, cargo, and passenger transportation, it has a capacity of 12 tons (3,170 gallons) of water, or up to 72 passengers.


Beriev developed unique fire-fighting equipment for the Be-200, allowing it to scoop water while skimming the water surface at 90-95% of takeoff speed. This system was developed using a specially modified Be-12P, coded “12 Yellow.”

In 2006 the Be-200 was leased by the Portuguese Fire Fighting Services for evaluation during the forest fire season. On July 6, 2006, the Russian crew of the Be-200 were carrying out a water pick-up from the Aguieira dam near Santa Comba Dão, when on climbing away they clipped treetops and at least one of the engines suffered ingestion damage and had to be shut down.

In October 2006, two Be-200 were leased to Indonesia to fight fires for 45 days, to the tune of $5.2 million. These operations prompted press reports that the Indonesian government had agreed to purchase two Be-200s, each with a projected price of $40 million. China bought 4 Be-200 during Zhuhai Airshow 2016.

Two Be-200 also operated in Greece, fighting the 2007 forest fires for the entire season.

In August 2016 two Be-200s were sent to Portugal to help in extinguishing forest fires. Four days later it was reported that thanks to the work of the Russian pilots, the fire was prevented from spreading in the direction of two settlements — Castro Laboreiro with a population of 1,000 people and Viaden de Baixo, where 15 farms were saved from fire, and Peneda-Gerês National Park.

Prime Minister Netanyahu thanked Russian President Putin for the response and the assistance. 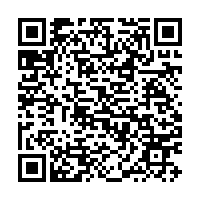