The border crossing between Israel and Syria in the Golan Heights – the Quneitra Crossing – is set to reopen Monday.

The reopening comes in the wake of an agreement arranged between Israel, Israel and the United Nations as part of an ongoing effort by the peacekeepers of the UN Disengagement Observer Force (UNDOF) to carry out its mandate, which is to maintain the ceasefire between Israel and its northern neighbor, Syria.


U.S. Ambassador to the United Nations, Nikki Haley welcomed the news in a statement saying “We look to both Israel and Syria to provide UN peacekeepers the access they need as well as assurances of their safety.

“We also call on Syria to take the necessary steps so UNDOF can safely and effectively deploy and patrol without interference.”

Haley added that all sides “must abide by the 1974 agreement and keep any military forces other than UN peacekeepers out of the area.”

The Iranian-backed Hezbollah guerrilla organization has been active in the Syrian side of the Golan Heights for a long time, leading Israeli military personnel to maintain a close watch on the region. 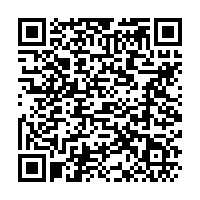