The seal – or bulla, as it is known in Latin – was found during an excavation in the summer of 2012 at the Horbath Mizmil archaeological dig, and has since been identified as belonging to the Saint Sabas monastery. The site was abandoned at the end of the Byzantine period and resettled during the Crusader period (11-12 CE) and reached maximum population during the Mamluk period (13-15 CE). Artifacts discovered during the excavations reflected daily life in a farmstead there – and the seal.


S. Sabas – or Mar Saba, in Syriac – was an important leader among the Christian monasteries during the Byzantine period in the area of the Judean Desert.

The seal bears an inscription for Mar Saba, the saint, in Greek, with his likeness, on one side, and a second inscription attributing the item to the saint’s largest monastery, the ‘Great Laura’ during the Byzantine period in the Jerusalem area. The two parts of the seal, which are meant to be pressed together, are connected by a single thread.

Dr. Yuval Baruch, IAA regional archaeologist for Jerusalem and surrounds, presented the unique find to the Greek Orthodox Patriarch of Jerusalem, Theophilos III, who noted its importance for the history of Christianity in the Holy Land and its significance for archaeological research. 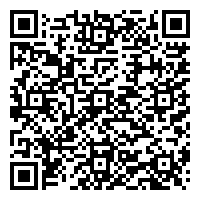