Former IDF intelligence chief Amos Yadlin told the Reuters news service Monday evening that he has no plans to respond to the arrest warrant issued by an Istanbul court in Turkey this week.

“I will not visit Turkey, just as I won’t arrive in Syria, Iran or North Korea,” Yadlin commented.


The former military intelligence chief now heads Israel’s National Institute for Strategic Studies. He was charged in connection with his part in the military response to the violation of Israel’s territorial waters off the coast of Gaza in 2010 by a six-vessel flotilla, including the Turkish-owned Mavi Marmara.

The vessels were attempting to break Israel’s maritime blockade of Gaza, which prevents the transfer of weapons, ammunition and other contraband to Gaza terrorists. Nine armed terror activists died after attacking Israeli Navy commandos who boarded the vessel after repeated Israeli instructions to change course and head for Ashdod port were ignored. 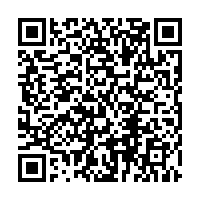