Mainstream media broadcast rare footage on Tuesday of the execution by hanging of Israeli spy Eli Cohen, and the removal of his body from the gallows in a Damascus public square.

The footage was filmed by official Syrian government television.

The film was captured by Syrian opposition forces during the civil war and handed over to Israeli contacts.

Cohen began working for Israeli intelligence in May 1960 in a unit that eventually became known as the Caesarea special operations unit of the Mossad. He joined the agency three years after moving to Israel from Egypt at age 33.

Eli Cohen worked in Damascus under the alias of Kamal Amin Ta’abet from 1962 until his exposure and execution on May 18, 1965. Cohen was able to supply considerable details on Syrian political and military matters because of his strong interpersonal skills and abilities to build close ties with business, military, and Ba’ath Party leaders, and Syrian President Amin el Hafiz.

He was captured on January 18, 1965, by three Syrian intelligence officers, led by the head of Syrian intelligence, Col. Suweidani, who broke into his apartment in the early morning hours. He was hanged in Martyr’s Square with the television cameras rolling for the entire world to see.

Cohen left behind his wife Nadia and three children, all living in Israel.

Watching the video Tuesday after its release was difficult, to say the least, for Nadia Cohen and other family members.

“There were tears and nerves as we watched, how they lowered him down from the rope into the coffin, to see three cars circling around and to see the crowd in the square with celebratory music blaring. It’s not easy,” Cohen’s widow said.

“I hadn’t seen the movie, only pictures,” she noted. “The children saw it today, and obviously the sadness echoed in our souls. I just hope someone reveals where Eli is buried so we can bring him back, that there’s one person who reveals where the body is, so we can have peace.

“Whether it’s the prime minister of the head of the Mossad, they should fight to bring Eli home,” she added. “We need a man who will bring Eli home to restore our peace. Even in death, there is truth.” She underscored the fact that for her, there is no peace while she has no grave at which to mourn for her husband.

Cohen was sent in 1961 to build an identity as a Syrian exile working as a merchant in Argentina, forming connections with Syrian government officials along the way. “Don’t mourn for the past,” he wrote to his wife, “but rather look to the future.” 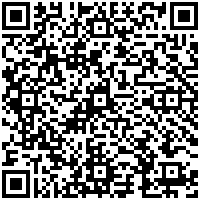