The passing of Rav Ovadia Yosef ZTL seems to have become a divisive issue in the race for Mayor of New York City. Hamodia, which on the same day published a op-ed comparing Bill de Blasio to a Nazi-sympathizer, slammed Republican mayoral candidate Joe Lhota for his not so generous comments about Rabbi Yosef.

“I mourn his death,” Mr. Lhota told a group down in Chinatown, “but I also know he’s made statements that, at the time, were unfortunate.”


“Why Lhota would deem it necessary to add such a wholly unnecessary and disrespectful qualification is puzzling,” the editorial inquired.

“So why is he doing this? Because he wants to pander to the secular media,” he exclaimed.

Michael Fragin, who serves as a consultant and Jewish adviser to Joe Lhota, explained that Mr. Lhota was responding to a question asked by a reporter about the criticism of Mr. de Blasio’s comment. “He gave a straight answer with regard to that. But that doesn’t distract at all that he felt anguished that many people in New York were in mourning,” he said.

Joe Lhota stopped in Williamsburg Monday night, to express solidarity with the shop owners that are being sued by the City’s Human Rights Commission for posting a dress code sign for shoppers. “I am supporting you,” Mr. Lhota told the owners of Gestetner Printing on Lee Avenue. “I want to make sure that you’re treated properly. It is very important.”

At a wine tasting and fundraiser event in Manhattan Tuesday night, Mr. de Blasio was hailed for standing up and not backing down amid the criticism.

“Bill promptly acknowledged this great loss,” said Mr. Noe in his introduction of Mr. de Blasio. “The critics, who find the bad in everything, started bashing Bill, but Bill doesn’t back off what he knows is right and stood his ground.”

Bill de Blasio may well be measuring the drapes of Gracie Mansion as a new poll shows him with a commanding 44 point lead over his Republican rival, less than 30 days to Election Day. Joe Lhota actually has a 43/38 favorable view among Jewish voters, but it doesn’t translate into votes. De Blasio leads Lhota among Jewish voters 61-26.

De Blasio may have received a major boost among Jewish voters, as Anthony Weiner told Capital NY, Friday, that he’s endorsing Mr. de Blasio for mayor. “I’m supporting bdb,” Weiner emailed back. “No one has asked nor do they need to.”

Is there a single voter out there who would switch from one candidate to the other based on an Anthony Weiner endorsement? Well, if there is, do not friend him! 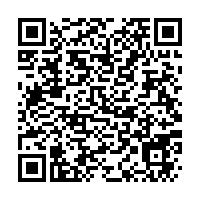